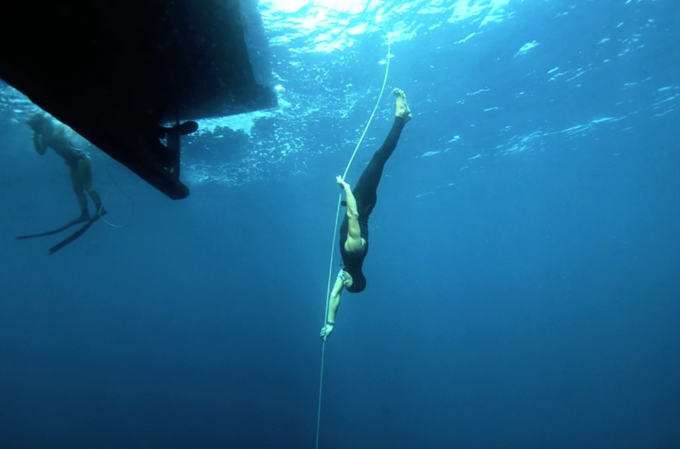 When the oxygen starts running out, the human body shuts down, plummets into darkness at the vision goes and all the remaining energy is conserved to keep the brain active. We can survive like this for six minutes before brain damage begins and after ten, we are dead.

I begin to count the seconds. 1.. 2.. 3.. I keep pulling at the water above me and my head breaks through the surface just long enough to cough and take a short, sharp breath before being pulled back under. One of the most terrifying parts of surfing is getting pushed down into the depths of the ocean. Never knowing which way is up, powerless and frantic, desperate to find the surface. And of course this fear comes from our need to breathe. The second we become unsure of when our next breath will come, we panic. Free divers spend and unimaginable amount of time, deep down with nothing but an intense trust in their bodies. If we as surfers could learn this skill, would we still fear that dreaded wipe-out?

I met my free diving instructor on dry land. He explained the science of it all to me. How the urge to breath does not in fact come from a lack of oxygen but a build up of carbon dioxide. He explained that convulsions were not a bad thing. Where I had though it was my body screaming and giving up, it is actually the diaphragm contracting and pumping more air into our blood.

The first step to getting over this fear is understanding your own lungs and how your body will protect you. We began by lying down and relaxing. He talked softly to me, told me to think of things that made me happy, things that were beautiful. After about two minutes, I was instructed to take and deep breath and hold it for as long as I could. I thought of mountains and the sea, sunsets and friends until their images were distorted like a rock dropped into a lake and my lungs began to scream. I felt some strange panic arrive from nowhere and quickly opened my eyes and began breathing. After only 30 seconds. We tried again and this time I made it to 56 seconds, my mind more determined.

We next tried the Apnea Walk. The exercise was the same except this time I had to walk while holding my breath. As you begin moving around, the lactic acid starts building up painfully in our muscles. Discomfort seeped through my whole body and after 45 seconds, I had to breath.

Finished with our theory, we moved to the swimming pool. I pulled my mask on, a little unnerved as it covered my nose. We did several exercises in the pool, the first of which was simple.

Starting at one end of the pool, we dove under and swam without surfacing, to the other side. We came up and took ten breaths the way he had shown me. In through the month, sucking through my teeth to keep it controlled. I filled my belly, then my chest and final my shoulders. And then a long breath out. We swam back and took another ten breaths. For the next two lengths we took nine, then eight, all the way down to one. We were on our last length, the lactic acid build up and my CO2 levels high, I was determined to finish but as I came up for that last breath, I choked and coughed and it was over.

The final of these training exercises was to simulate a wipe out. I have a terrible fear of tumbling around under water, one that holds me back a lot in surfing and something I really need to get over.

I stand on the side of the pool and pop up three times, take a deep breath and then dive in, curling into a ball. He spins me around in different directions, simulating a wipe out and I freaked out, swam away and came up for air. I had done well in everything up until now, in the pool exercises before this he said it took longer than usual for my body to start convulsing, but I couldn’t last five seconds in a wipe out scenario. The whole point of this course was to over come my fear and so I tried again and again I panicked and escaped, it was like a gut instinct. I took a minute, breathed in deep breaths and tried to stay calm. This time rather than hold my eyes tightly closed and panicking straight away, I opened my eyes and watched the light from the surface sweep past my vision, slowly counting and just before I was about to give up, it was over.

To finish, we did another breath hold, this time under water. I relaxed my whole body and gently fell forward, floating in the water. My mind did not dwell on how long I would lie here, I just enjoyed it. After a little while, I felt hands gently guide me. I was at the wall of the pool now. A voice instructed me to slowly place my hands on the edge of the pool and my feet on the ground. My first convulsion came and he asked my to tap my figure to confirm I was still aware. The convulsions kept coming and I kept tapping. They were arriving closer and closer together and I understood that it was all mental, I didn’t need air but eventually my instincts won and I came up. Two minutes 10 seconds, a lot longer than just a few hours before.

Two minutes ten seconds, stay calm. I feel myself on the verge of panic but slip into a peaceful place in my mind. I keep counting and swim towards the surface. As my head breaks through the silence of the ocean, the sound of waves crashing fills my ears. I grab my leash and pull my board towards me. I duck dive and paddle out past the break, ready for the next wave and ready for the next wipe out. 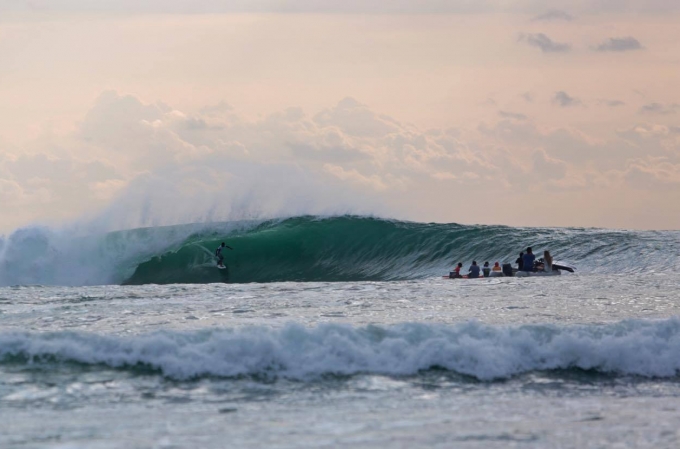 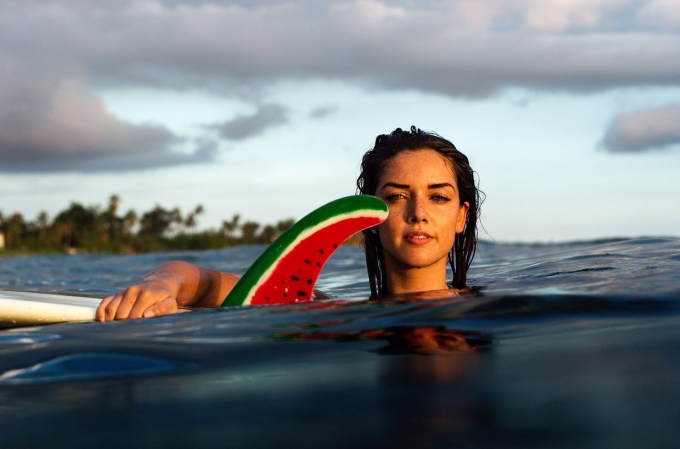 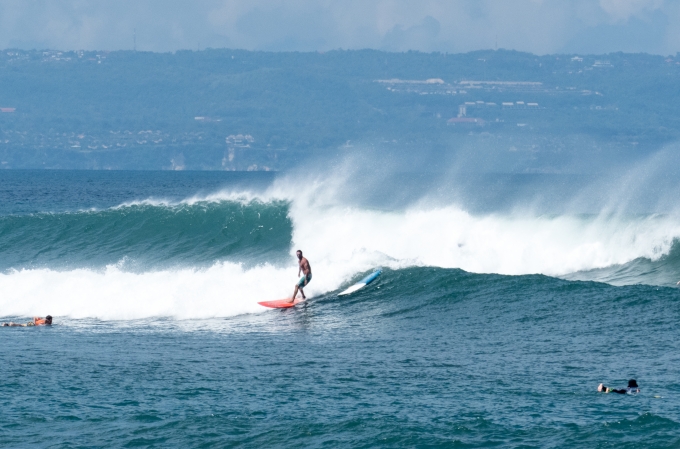